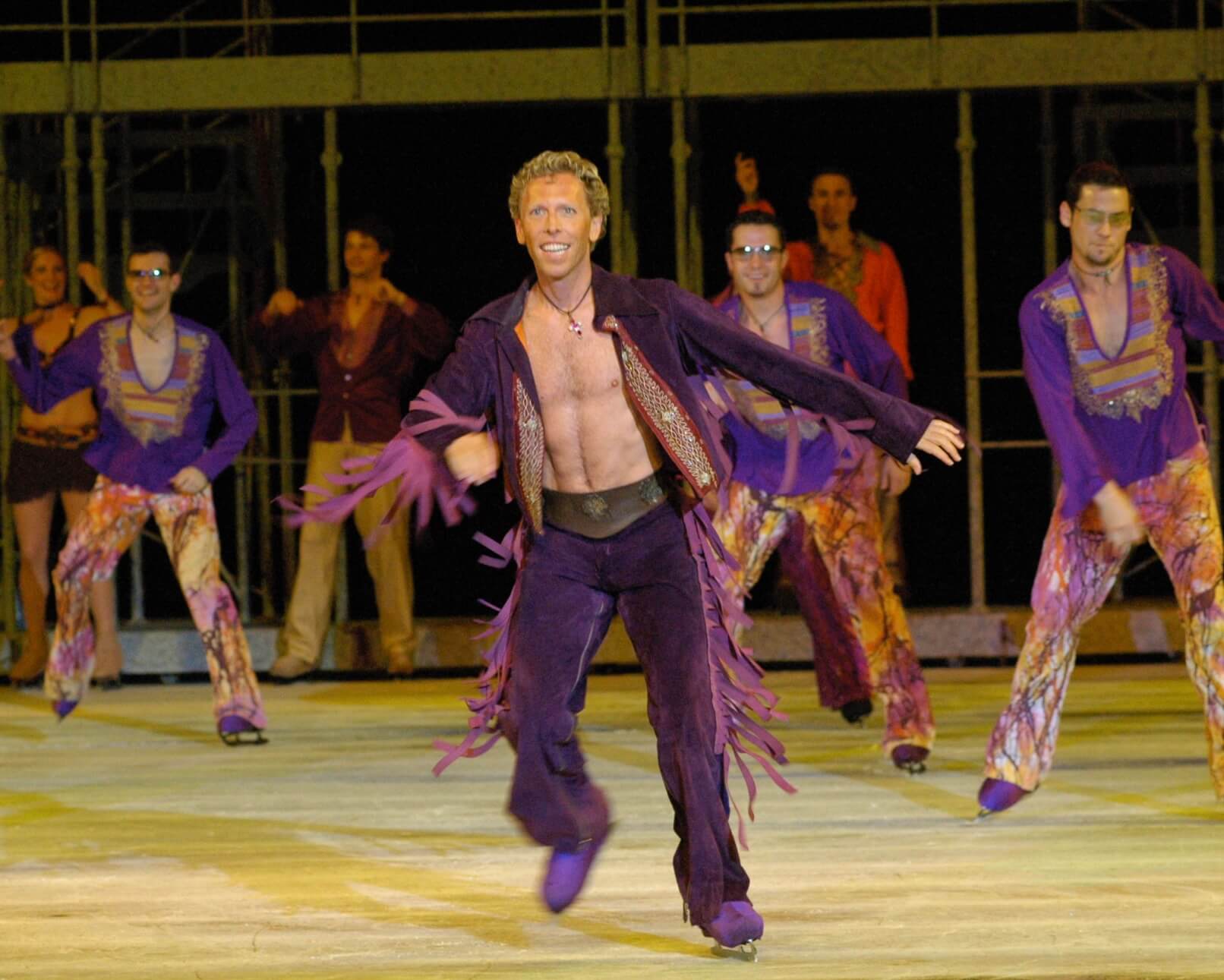 Lights…Camera…Action! For three days, folks in Taiwan are invited to sail across the Atlantic Ocean with Leonard DiCaprio, dance on air with Fred Astaire, window shop for diamonds at Tiffany’s with Audrey Hepburn, get lost in the Land of Oz with Judy Garland, and kick off those Sunday shoes with a group of rambunctious teenagers from a rural town in Utah.

The Taipei Arena will be rolling out their velvety carpet as “Hollywood,” this year’s Christmas program of the internationally famous Holiday on Ice, inaugurates the rink from January 6 to 8.

With more than 300 million spectators over the past 60 years, Holiday on Ice marks the most popular and successful live entertainment show. From the red brick pavements of the Kremlin to the dusty villages of Nigeria, the troupe has bewitched audiences on five continents, 80 countries, and 620 cities around the world.

This year, 50 international skaters aim to sweep the audience away from the concrete jungle of Taipei to the glittery tinsel town as the ice floor transforms into various scenes of several blockbuster hits such as Moulin Rouge, The Mission, Dr. Zhivago, Fame and many more.

The audience can expect to be wooed by a gyrating, guitar-strumming Elvis Presley, wowed by high-energy Can-Can girls of the seedy underworld in Paris, swoon to the caressing melodies of Celine Dion, and tickled by the ever-so-humorous pantomimes of Charlie Chaplin.

For the old schoolers, Hollywood is the perfect vehicle to take for a ride down memory lanes as glitzy silver screen starlets such as Lauren Bacall, Humphrey Bogart, Marlon Brando, Gene Kelly and Busby Berkley light up the rink with high-speed aerial acrobatics.
Craig Heath, a principal dancer/skater of the show, said the group is very thrilled to have Taipei as their final stop of their 2005 Asia tour.

As a lifelong ice skater and a bronze medallist at the World Professional Championship, Heath has been performing with the show for the past four years in numerous venues across Europe and Asia.

Heath’s other achievements include two-time American Open silver medallist, four-time gold medallist (American/ Canadian), plus many solo performances in such as Andy in Disney’s Toy Story on Ice.

Moreover, Heath is the president of the Professional figure Skaters Cooperatives.

“We are excited to have time to practice on an actual ice rink,” said Heath who lauded the facility of the Taipei Arena and shared the group has not been able to rehearse in other countries due to lack of facility.

“Taiwan is very lucky to have a well-equipped rink so accessible to people,” Heath added.

Speaking on how to deliver theatrical presentations on ice, Heath said the skaters must combine their facial expression with exaggerated gestures in order to transcend the emotions of the characters.

“For example,” said Heath, “the role of Christian originally played by Ewan McGregor in Moulin Rouge is a more solemn character. To get into that state of mind, I imagine being angry. When I speed across the rink, the audience see my expression and they can feel the very emotion I try to portray,”

Heath also explained that in addition, the lightings, the props, and the music can all evoke feelings from the audience.

“How we perform is intricately connected to the reception of the audience. We respond to the hyped-up energy from the audience,” Heath noted.

Hollywood, which has not made its debut in the United States is directed by Anthony van Laast whose repertoire includes award nominations for Mama Mia, Bombay Dreams, Joseph and the Amazing Technicolor Dreamcoat, Jesus Christ Superstar, and Hair.

Robin Cousin MBE joined the cast as the associate director and choreographer. After winning the gold medal at the 1980 Olympic Games, Cousins conquered three professional World Championships. As a performer with HOI, Cousins starred in musicals such as Cats, Cinderella, and The Rocky Horror Picture Show.

With a star-studded cast and an award winning creative team, Hollywood is bound to dazzle the audience with its breathtaking and visually stunning sets and dance moves.