Look at All the People Here Tonight 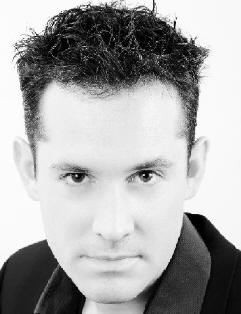 Forrest Ryan McKinnon is known worldwide as the stunt performer on ice. He has performed his death defying, stunt filled “ice act” for millions of skating fans all over the globe. The Allentown, Pennsylvania native now resides in Las Vegas so that he can concentrate on his other passions. It seems that ice skating is simply not enough for this hyper active performer. He is also a drummer, guitarist, singer and actor who lives life to the fullest in every way possible. The following quote from Forrest seems to perfectly sum him up, “Play a show as it is your last-knowing that you will be able to perform for the rest of your life.” I have had the pleasure of knowing and working with Forrest over the last few years. He is an inspiration to many, including myself. Recently, I spoke with him over lunch and the following Q&A is what transpired.

CH: Being from Pennsylvania where there is a lot of ice, why did you make the move to Las Vegas?

FRM: I think that Las Vegas is the center of the universe for entertainers and entertainment itself! Plus, every night is like a Friday night!

CH: You have been professionally performing for the last 9 years. What keeps you motivated to stay in this business?

FRM: The attitude of always trying to improve for my next performance and the gratitude that I am able to have this type of “rock and roll” lifestyle. I am honored to have worked with the people I have met who have inspired me throughout my career. Every single person that you work with has a gift that you can use for performing.

CH: I understand that you have just performed on stage, without skates, in “Tony-n-Tina’s Wedding” in Vegas. How was that for you? How would you compare it to performing on ice?

FRM: “Tony-n-Tina’s Wedding” is a blast!! Not much different with the audience, except for the fact that most acting on ice is set and choreographed. With “Tony-nTina’s” it was that-and improv to the max! It was great for me because I love the fact I can still have the outlet to release my energy without skates on. I am also very lucky to work with such great actors and actresses in that show!! 300 people per night compared to 13,000 per show with “Holiday on Ice” is also a little different.

CH: When you are performing “on ice,” what is it exactly that you do?

FRM: I basically jump over things for a living (laughing loudly)!! I have been performing my act on ice since I was 4 years old and my forte now is jumping over 7 people in a line. My record is 11 people! I love fire and I have it on my blades. I also have flaming hoops that consist of two revolving rings of fire and I have to time it perfectly to jump through them. Not many people are doing what I am doing, but it is the oldest form of performing on ice-even before figure skating-and I am keeping it alive. The axel jump was invented by Axel Paulsen to jump over a barrel. Cool, Huh??
I am currently starring in “Holiday on Ice-Hollywood” that is touring Europe this season.

CH: In closing, do you have any final words?