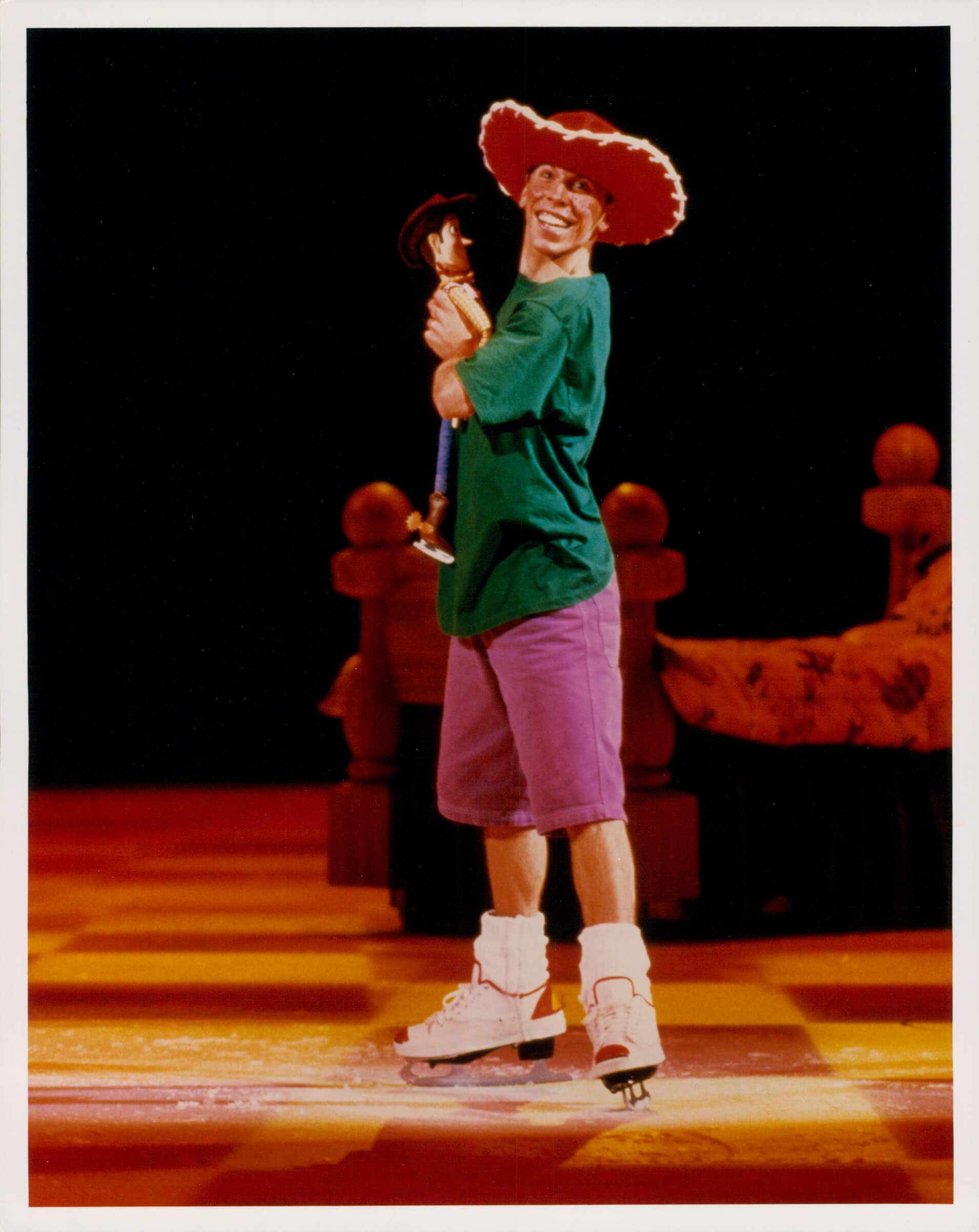 Heath is starring in Disney on Ice’s latest effort, “Toy Story,” a nationally touring production of the smash animated film. He returns to the Bay Area for a monthlong stint as Andy, a playful 6-year-old whose toys come to life and have a madcap adventure.

The role is an ironic turn for the 33-year-old Heath, who, when he was his character’s age, loathed ice skating.

“I didn’t like it when I was really young. I remember my mother taking me when I was about 5 years old, and I thought it was the worst thing that ever happened to me,” he says, laughing. “I remember rolling around on the ice, crying for about half an hour, and then she took me home.”

Though Heath’s ice skating activities were put on ice, so to speak, a chance encounter with a rink thawed his reservations when he hit the double digits.

“Five years later, I went with friends from school and I thought it was the greatest thing ever,” says the Redwood High School graduate. Heath was soon visiting the rink on a daily basis, and at 17, moved to Los Angeles to train with renowned coach Frank Carroll. He also trained with Olympic gold medalist Robin Cousins, who is the choreographer of “Toy Story.”

The $8 million extravaganza uses the film’s original soundtrack (including songs by Randy Newman), which the skaters lip-synch while acrobatically interpreting the plight of numerous characters — including Woody, an old-fashioned pull-string cowboy, and Buzz Lightyear, a newfangled space-themed action figure. The unlikely duo must learn to cooperate or end up prey to young, dastardly Sid, an evil toy-torturer who is also performed by Heath.

Doing double duty as a skater and entertainer was once a daunting notion for Heath, who early in his career bolstered his performing chops with a regimen of acting and jazz dance classes.

“I started taking acting classes because I was really shy when I was skating,” he says. “People would call me the ‘robot skater,’ because I would go out there and do everything with a smile, but it would be one of those fake, plastered-on smiles.”

Moreover, all of his hard work pays off every time he goes onto the ice.

Indeed, skating has proven a mood-altering phenomenon to Heath, who maintains a residence in Mill Valley.

“No matter what mood I’m in when I step out onto the ice, that puts me in the best and happiest mood that there could ever possibly be. The kids are so excited. They’re all smiling, their parents are smiling and there’s thousands of people sitting there waiting for you. It feels so good,” he says. “I feel like a superstar.”

While on the road, Heath skates every weekday before his shows. On the weekends, he will perform up to five shows.

“That’s enough training for me, but I come in early and do a really good warm up,” says Heath, who also visits the gym on his two days off a week and occasionally skates at local rinks on tour stops.

As a competitive skater, Heath has earned the gold medal in the Dorothy Hamill International Crown in 1994 and first place in the Senior Men’s figures, U.S. National Championships in 1991 — among numerous other accolades.

“I still compete at least once or twice a year, which keeps me in the training mode and trying to improve all the time,” Heath says.

Though he is “perfectly happy” being a skater, at the behest of his employers, Heath was recently the assistant choreographer for Disney’s Jungle Adventures On Ice.

“It was an honor to be asked to do that job,” says Heath, who also teaches a weekly ice skating class while on the road and an annual summer session in Idaho, where he keeps another residence.

In the meantime, however, the ice man cometh.

“I’m really looking for forward to being back. I’m exited for people to see the show,” Heath says. “My life is skating. I’m going to skate as long as I can. My goal is to skate until I’m at least 40. I could skate longer, who knows? I definitely want to skate as long as possible.”