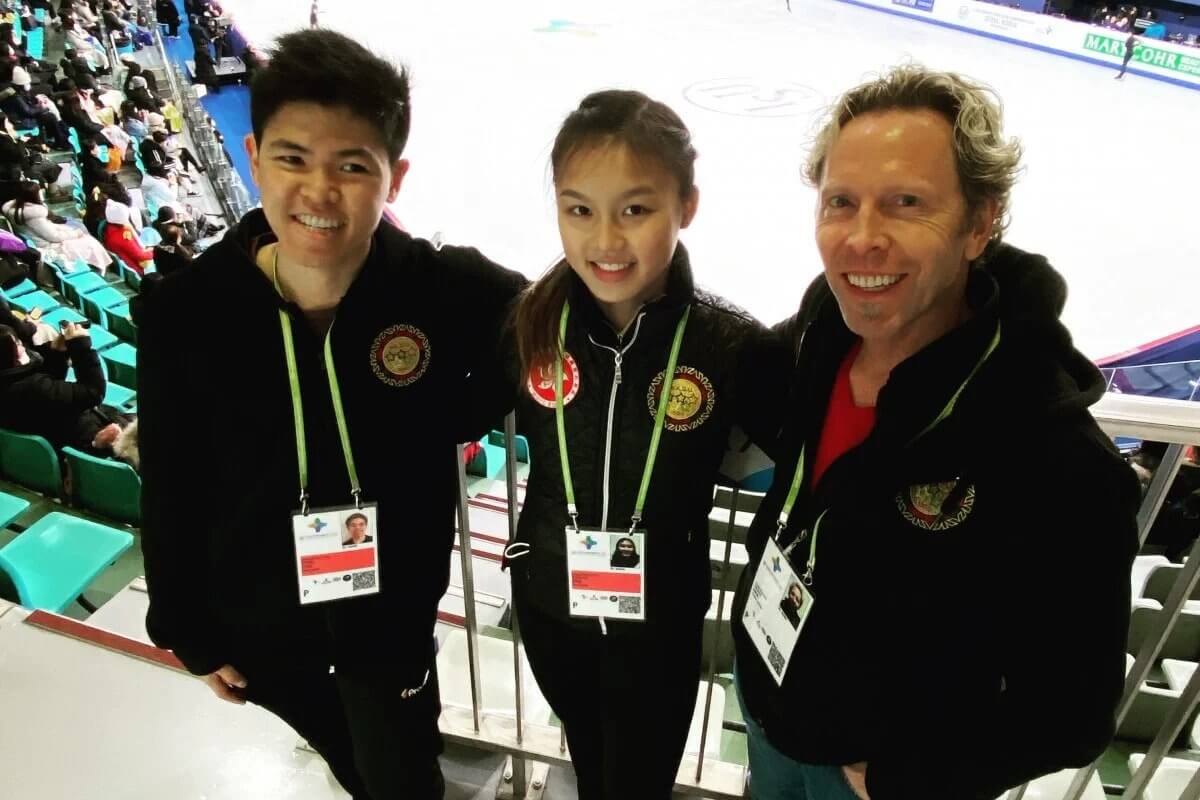 Harrison Wong (left) with fellow Hong Kong skater Kahlen Cheung and coach Craig Heath, was proud of their performance at the ISU event in Seoul.

Wong, who earned his best finish having competed in the event a fourth time, even had the chance to train alongside the world number two and learn some tips and tricks.

“It was really good to see how [Hanyu] trains, skates and composes himself during this type of competition,” said Wong.

“Everyone has a really good work ethic going onto the ice. They are extremely focused, and most of all they are all really nice people. When we’re on the ice, everyone respects each other.”

Wong performed particularly well in the men’s short programme and put his success down to keeping cool in front of the crowd.

“It was the best experience I’ve had at the Four Continents and the best performance I’ve done,” he said. “I’ve become more used to the experience of going out there and staying calm and continuing what I do in practice. I did my personal best in the short programme which made me really happy. I could have done a lot better in my long programme but I was satisfied with the results overall.”

Alongside fellow Hong Kong representative Kahlen Cheung Cheuk-ka and coach Craig Heath, Wong was very proud of the team’s showing at such a high level. The trio has been training hard between Hong Kong and Heath’s skating school in the US. 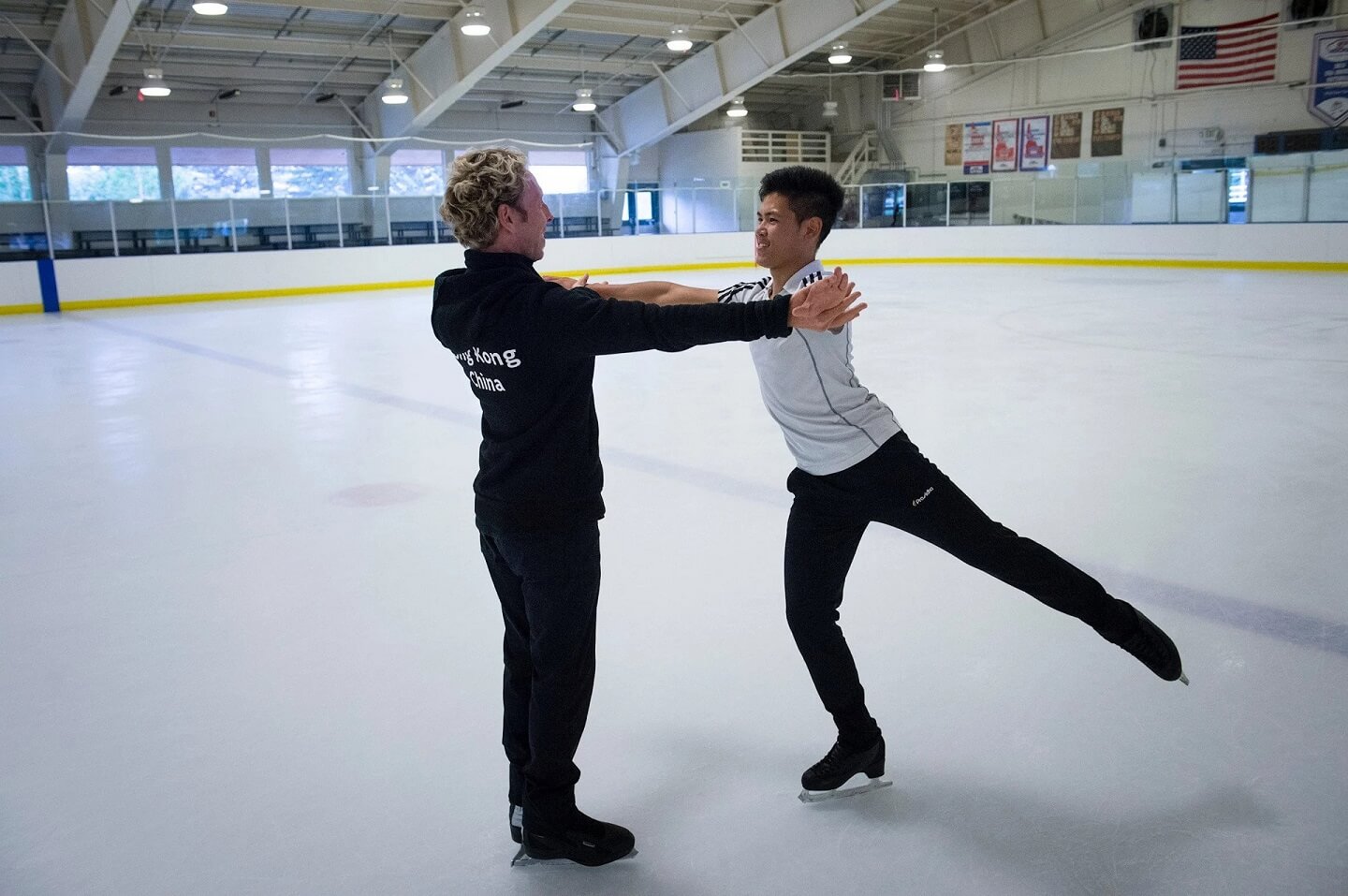 “He always tells me to go out there and do my very best – even if I don’t feel the greatest. If I’m going out for a jump, in my mind I’m thinking ‘I’m going to land this jump’, instead of ‘Can I land this jump or not?’. I learned not to have any doubts going into competitions.”

Heath, a pro skater and former US national champion, has been teaching in the city since 2005. He has coached the likes of young US stars Nathan Chen and Alysa Liu, and was delighted that his Hong Kong students delivered such a professional performance last week.

“Kahlen and Harrison are two of my top students. This is a really big competition, it’s not easy to get into,” Heath explained.

“It’s a big deal, there are cameras swinging around and it’s very professional. The fact that both my students got to go was an amazing honour for me.

“Harrison is an absolute joy to work with and he always shows good attitude and sportsmanship on and off the ice,” Heath added. “He went out there and did great – the best he could, considering he has a lot on his plate. He’s a really hard worker and gets up to skate before school every day. It’s not easy.”

Wong, who was born in the US to Hong Kong-raised parents, has “a lot on his plate” because he is in his final year at the University of California, Los Angeles (UCLA), and has to strike the right balance between competitions and assignments. “I’m graduating this summer so I’m very close,” Wong said.

“The only thing I’ve really had to sacrifice is my social life. I don’t really have time to go out to parties and be with friends since I’m either studying or training.

“What has been hard is that this is my last year to get my work done since the course load is getting much greater. I have to spend more time studying than skating – work a bit harder on the studying and skate a little [less],” he said.

Wong (left) with coach Heath await their result at the Four Continents championship in 2020.

Although he is trading skates for books for a few months, Wong’s top performances have earned support from the Hong Kong Skating Union and Hong Kong Sports Institute. He hopes figure skating can reach more young people in Hong Kong with the countdown to the 2022 Winter Olympics in Beijing already underway.

Wong is also to the sport for teaching him to adopt a competitive mindset and prove the haters wrong.

“If you want to go for it, go for it. Try your very best to get the skills that you want. And don’t be afraid of what other people say to you,” he said. “If they say ‘You can’t be a figure skater’ or ‘You’re not a good jumper or spinner’, don’t take any of those to heart.

“Just work harder to fix your problems and try not to be insecure about yourself.”