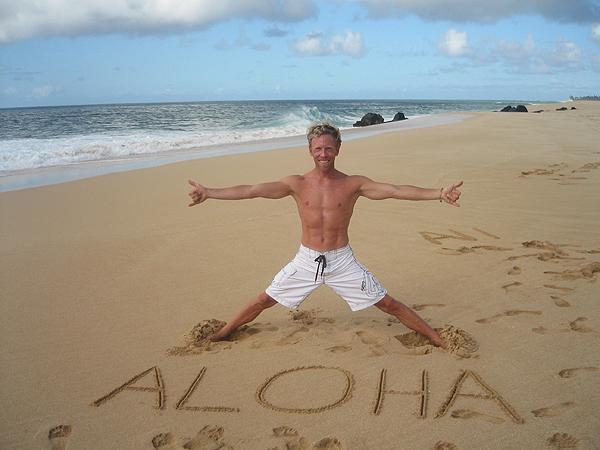 By Lois Elfman, special to icenetwork.com

(12/04/2008) – “I love traveling,” says Craig Heath, who has skated professionally for 16 years. “It’s so great to see the world. Wherever I am in that moment is my home. These days, with a BlackBerry and a computer, you can make everywhere home.”

Even before BlackBerry’s and WiFi, Heath embraced life on the road. He turned professional in 1993 after a very respectable amateur career. Although he didn’t win a U.S. senior medal, he did consistently place in the top 10 and represent the U.S. in international competition. He wasn’t sure what he wanted in a pro career, but he was open to opportunities.

“My first pro job was a little show outside at night in Williamsburg, Va., for a month,” he says. “I absolutely loved it. I thought, ‘This is why I skate, to do this.’ I thought it was the greatest thing. It was on stage in a 5,000-seat outdoor arena.”

He went straight from Virginia to Canada to join Dorothy Hamill’s Ice Capadesand the show Cinderella Frozen in Time, which he toured with for a year until it closed. Then he performed in a series of short-term shows, like the famed Santa Rosa Christmas Show and various Willy Bietak projects. “Kind of made my own tour. That was such a good learning experience for me,” Heath says.

After that, he joined Disney on Ice’s Toy Story, with which he toured the world for six years. What he especially enjoyed about that kind of show was they never played one-night stands. The tours through the U.S. and Canada were sometimes exhausting — performing as many as 10 shows over a weekend — but the international travel was exciting. The company would sometimes remain in a city like Paris for two or three weeks.

“I was in Japan with Disney for five months. We played 22 cities,” he says. They also toured Australia and other parts of the Far East.

When Toy Story closed, Heath joined Holiday on Ice Hollywood for four years. Holiday does not play in North America at all, so the entire experience involved international travel. During his final year with Holiday, Heath wrote a travel column for Scene Magazine, describing such incredible destinations as Mykonos, Bangkok, Prague, Kuala Lumpur, Budapest and Amsterdam.

“In order for the show to get from country to country, they had to travel it,” he notes. “You have to stay in a city longer, and you have a vacation. We loved going on those Asia tours. You’d be in Singapore for 10 days before you even opened. That’s the bonus part of touring.”

Time off tour did not mean time off, as Heath has been a featured performer and coach in Sun Valley, Idaho, for 12 years. “It was a dream job to get it, and it’s been a dream job ever since,” he says. “It’s a beautiful atmosphere — the fact that it’s outside. I skate every Saturday night, and I think, ‘It’s so beautiful. I love it.’ Everyone can feel the fact that I love it.”

Heath’s touring days came to an end after Holiday on Ice, but he still lives an international life. For the past three years he has divided his time between Sun Valley (three months), Hawaii (one month, he owns a condo there that he rents out the rest of the year), Mill Valley in Northern California (his actual hometown, one month) and Hong Kong (seven months), where he coaches and does some performing. He’ll be doing shows for Christmas and the New Year and heading to the Philippines for a vacation in between. He’s planning to visit Cambodia in January. He heads back to the U.S. on May 18, 2009 and after two weeks in California will drive his Mercedes — bought and shipped from the factory in Germany several years ago — to Sun Valley.

Now 41, Heath, a vegan for more than 20 years, sees himself continuing to keep up the international lifestyle for another 10 years. Then he’ll probably start spending the majority of his time in Northern California. At that time he’ll probably focus on presenting his popular skating seminars, such as “Spin to Win.”

He’s the president of the Professional Figure Skaters Cooperative and is often called by skaters contemplating signing with a tour or international show.

“People call me all the time,” he says. “Someone who wants to join a show and is nervous and wants to talk about it. I’m the ambassador for telling people to go do it.

“I love being out in the world.”